The Skil 3820-02 12-inch miter saw is a no-frills saw that has simple and useful features. 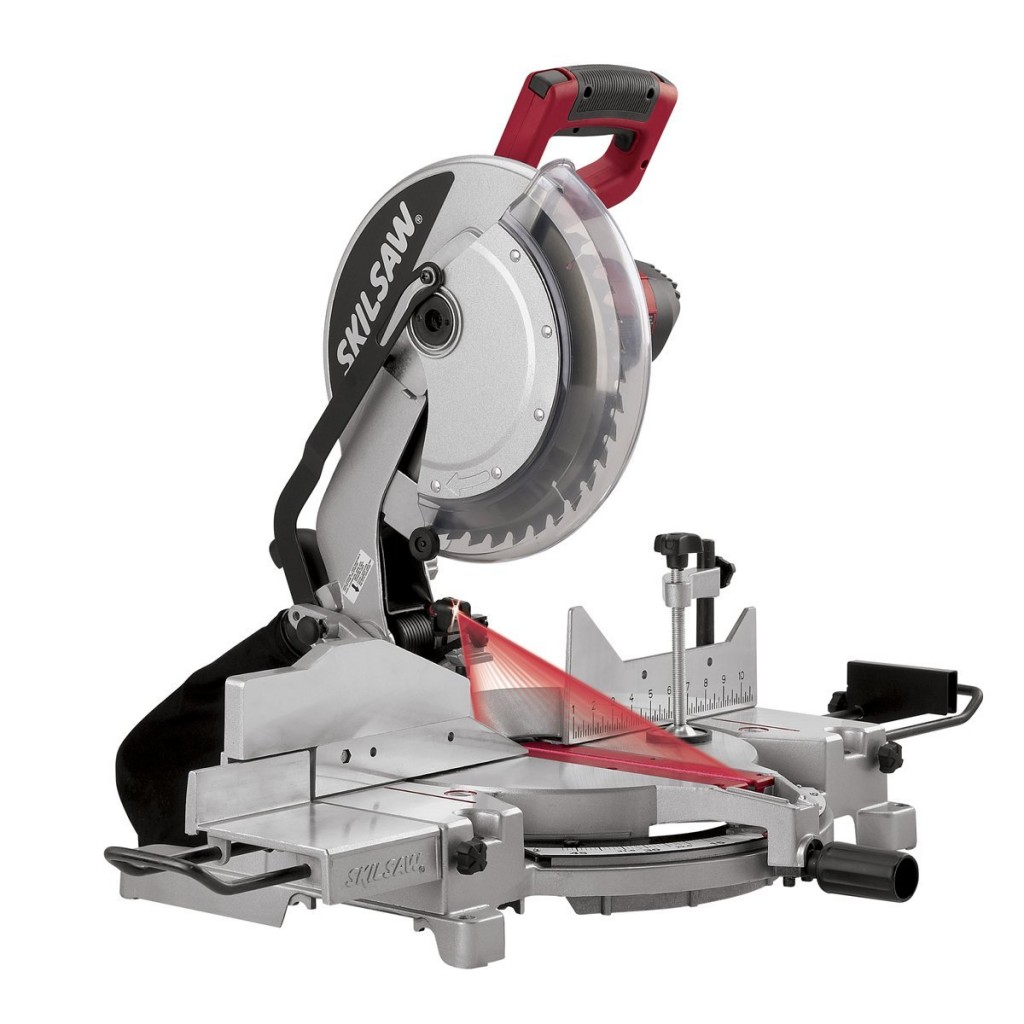 The laser guides your blade before you cut, the dust bag keeps your workstation clean, and it has a 15-amp 4500-rpm motor that will cut through the toughest stocks.

The Skil 3820-02 has received absolutely rave reviews, and with its no-flash approach to wood cutting, it is no surprise. Out of the myriad of positive statements made about it, the most common compliment that consumers gave it was that the laser was much more useful than expected. The saw paints a laser on your cut line, allowing you to see where the blade is going to hit. Many reviewers stated that initially they felt this was a gimmick, but after using the saw they felt this was much more helpful, as it let them see exactly where the blade was coming down, and they could adjust accordingly.

While the 3820-02 is a lot of saw for the money, some reviewers felt that you still get what you pay for. With its lack of flash and options, it seems like a basic saw that is suitable for almost any job. Many reviews stated that this is the perfect saw for those who need a basic saw, or those that are buying their first saw.

The biggest complaint given about this saw is that replacement parts seem to be unavailable. Multiple reviews stated that after parts and pieces broke, that customer was unable to order replacement parts because they were no longer available. While this would be a large setback normally, considering how much saw you get for your money makes this less of an issue. In addition to this, many complained that the miter screw was difficult to tighten, and that it drifted slightly during the tightening process. Most agreed that the one-degree variance caused by this is not a problem unless extremely precise cuts are needed, and that most people won’t even notice the small variance in cut angle.

The Skil 3820-02 miter saw is a great saw that provides adequate power in an all-business, no-flash design. The laser cut-line shows you where your blade is going, the extension rails allow for larger jobs, and the saw is able to miter at many common angles. Despite its lack of fancy add-ons, this Skil saw provides great cutting power for a low price, and it is perfect for simple jobs that do not require surgical precision. For hobbyists and novice wood-workers, this is the perfect saw to get you started with precision cutting.