The Bosch PR20EVSK Router is a compact router that is admired for its versatility. Even though this small-sized router weighs only 11.8 pounds, it packs a lot of punch. Its 5.6 amp motor runs at speeds of up to 35,000 rpm’s, which enables it to be used for deck trimming, dovetailing, hinge mortising, drywall work, cutting, laminating floors, and much, much more. 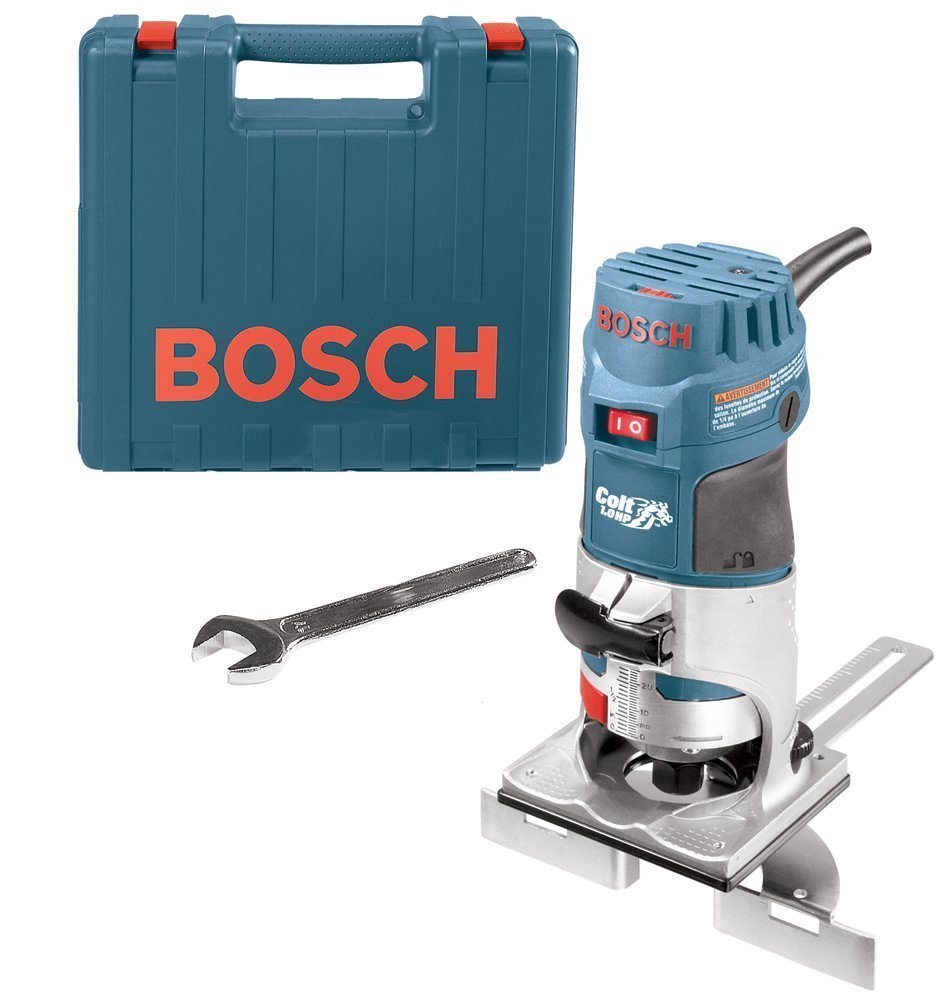 Its small size makes it an ideal tool for contractors, carpenters, or weekend do-it-yourselfers to use when working in tight places. In addition, it has all of the necessary features to making using it easy and efficient.

“I already own three other “full size” routers so this little router is quite a pleasant surprise to use. It is light weight and very solid; hinge-mortising, edge-trimming, and rounding-over are a breeze. I also bought the round subbase so that it can be used with my Porter-Cable templet guide set and it works out quite nicely.” – D. Tran

“I have been using my new Colt router for a month now and it is a wonderful addition to my shop. I have a large bench mounted router, but this tool is now being used more often than the more powerful cousin. It is so easy to route edges, especially for rounding over or using the flush cut router bit.” – Alan Dale Daniel

There were quite a number of reviews in regards to the Bosch PR20EVSK Router. The vast majority of the reviews were positive, and many of them gave this router the highest rating possible. The most common reasons that the router received high ratings was because it is small and can be held in the palm of your hand.

Other reviewers felt that this router’s best feature was that it is convenient to use when working in tight spaces. Reviewers also commented that it made hinge mortising, rounding, and trimming jobs extremely easy.

Those that did not like the Bosch PR20EVSK Router commented that the micro adjuster was not accurate and that the depth adjuster was poorly designed. Overall, those who have used this amazing compact router posted a lot more positive ratings than negative ratings, and the feeling appeared to be that this was a good tool for small routing jobs.

The customer reviews of those that own the Bosch PR20EVSK Router were mostly positive. They like the fact that it was lightweight, easy to use in tight spaces, and powerful enough to handle almost any household project. Although, it seems that there really could be a problem in regards to the accuracy of the depth adjuster it can be easily remedied.

Most of the owners of this hand held router recommend it. The consumers seem to feel that if you could use a dependable compact router for small jobs; it would be a good idea to consider buying the Bosch PR20EVSK Router. It is a lot of router for a reasonable price, so it is recommended.