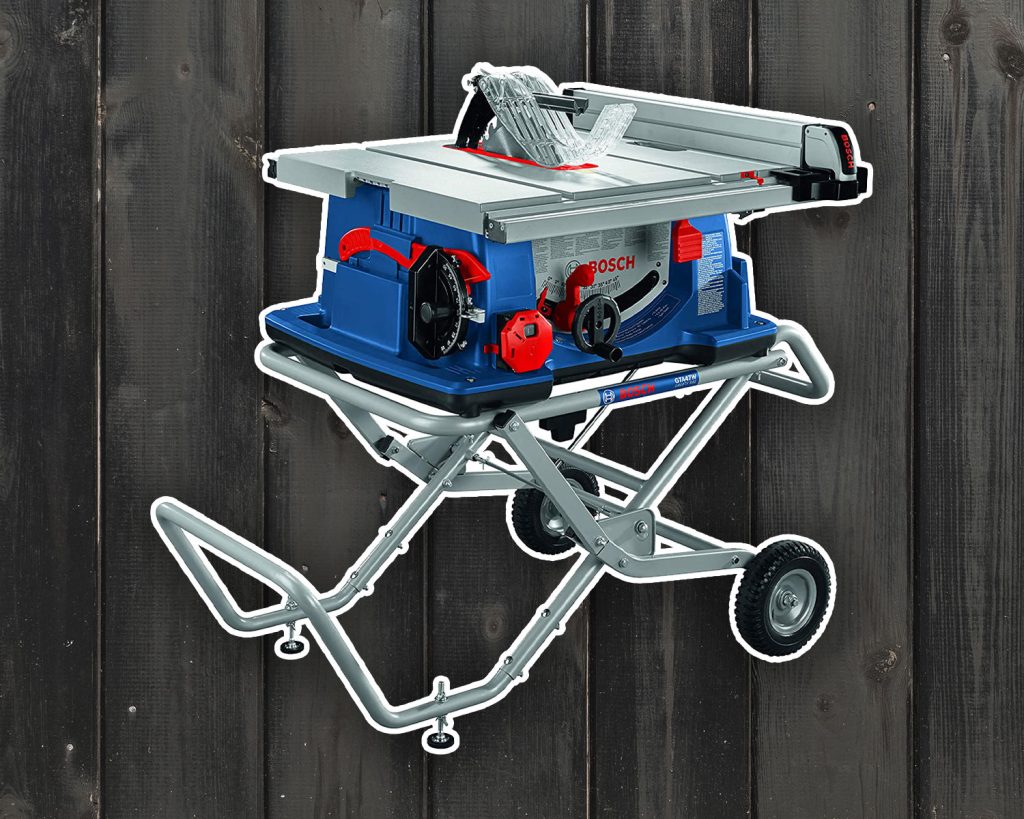 The Bosch 4100XC-10 is Bosch’s latest 10-inch portable table saw aimed at both worksite and home use. People who own this saw for the most part think it’s great, with a few drawbacks to consider. Let’s take a closer look at this table saw.

The Bosch 4100XC-10 has plenty of power for most job site or home cutting applications. The 15 Amp motor has a max of 4 HP and 3650 RPM so it can handle pretty much everything that you’ll throw at it. This motor has enough power and torque to keep it from getting bogged down when cutting thicker materials, and people who use it like it for that. The motor uses soft start circuitry, so it ramps up quickly during start rather than just hard starting. Overall, it feels very smooth in operation and doesn’t seem as loud as some other saws.

The cutting table and rip capacity is a stand out feature for this particular table saw. The cutting table is made from aluminum and has a nice, smooth finish to it. The table top has dimensions of 30 inches by 22.5 inches, which is pretty good size for a portable table saw. The total rip capacity is 30 inches which, once again, is pretty good for a portable table saw. 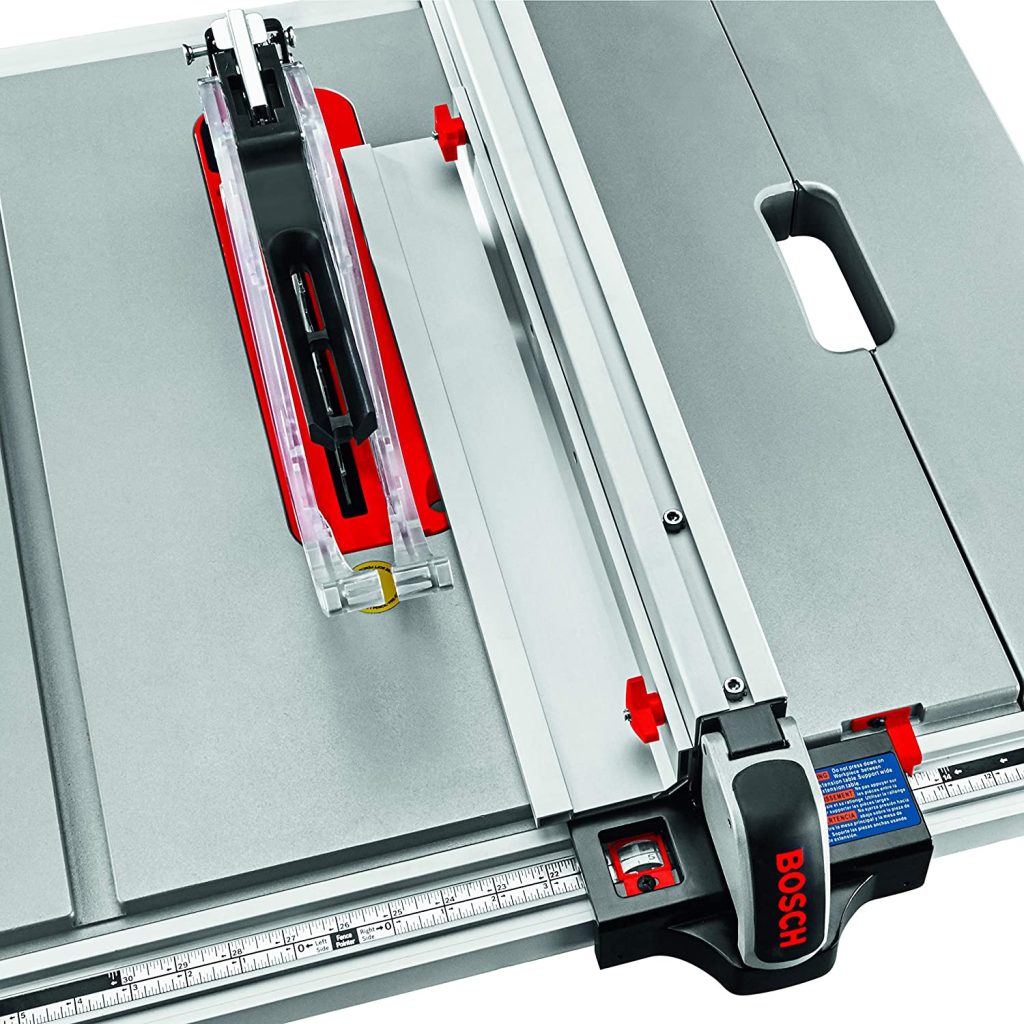 The rip fence is designed to allow for quick adjustments and generally works well. It does get some mixed reviews from people that have used this saw.

Those that have good luck with it find that it hold firmly into place once it’s been adjusted and the clamps work smoothly when locking into place as well. Some people have had issues with the rip fence locking into place, but it isn’t mentioned often.

There is a specific place to store the rip fence on this saw when not in use, which is nice. 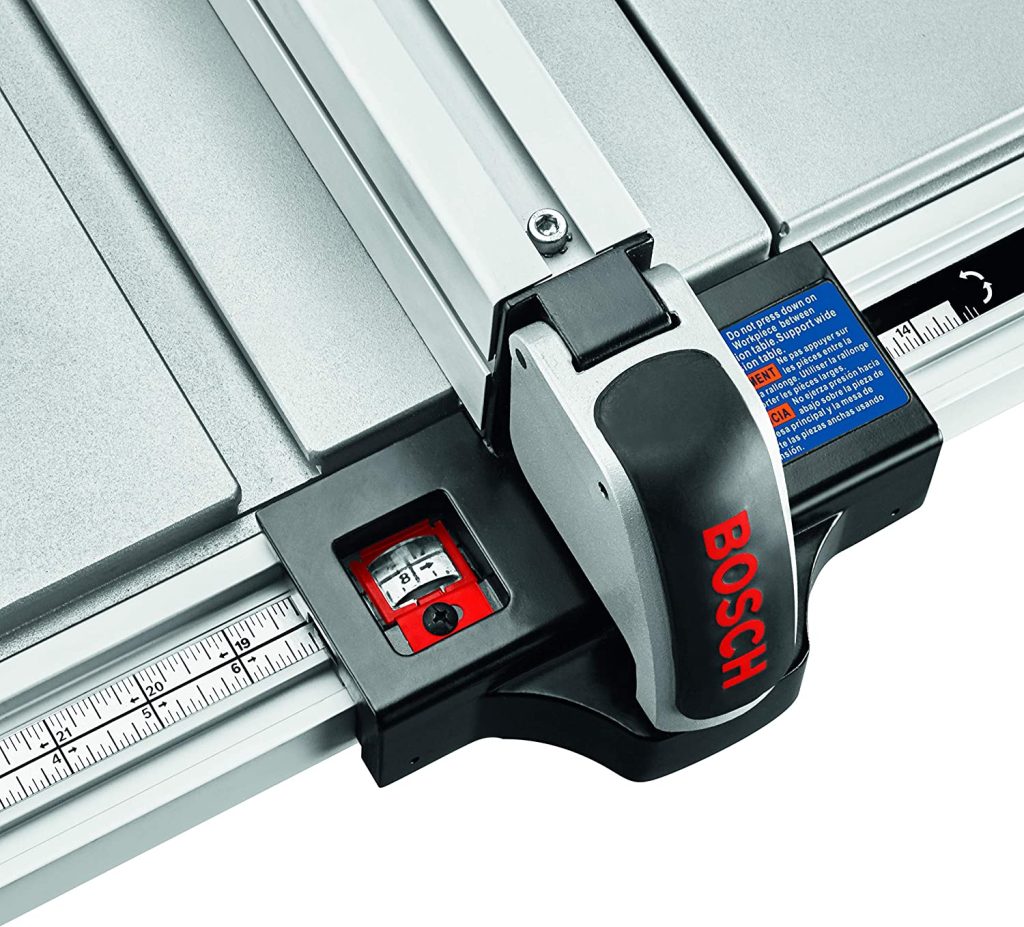 This saw has a 2.5 inch sawdust collection port that can be connected to vacuum hoses to collect dust. People who own this saw say that the dust collection works ok but if you aren’t connecting anything to the sawdust port for collection the dust can get a little messy. Sawdust can build up internally and Bosch recommends regular cleaning to keep it clear and in good operation. Some people find this annoying and those that don’t clean up the sawdust regularly sometimes find they struggle to use other adjustment features on the saw.

So if you do go for this saw, it’s best to use dust collectors if possible or make sure that you are cleaning it out after use to keep sawdust from building up.

Bosch does offer a couple sawdust port adapters if you need to find a way to connect a 35mm dust hose to the dust port.

This saw contains all the latest and greatest features that you will typically find in a modern portable table saw. Bosch has something that they call their Smart Guard System in this case. This system includes a clear blade guard to block easy touching of the blade, a riving knife to keep materials from pinching on the blade, and an anti-kickback pawl to keep materials from kicking back at you if they become stuck or misaligned.  This saw also employs restart protection – which basically means it won’t automatically start up again if power is cut is cut during operation. These things combine to provide a very safe experience as long as you take normal safety precautions yourself.

People who use this saw find the safety features pretty easy to work with and they don’t feel like they are getting in the way. The onboard storage makes it easy to keep track of the parts needed to use this saw safely as well, which people appreciate. 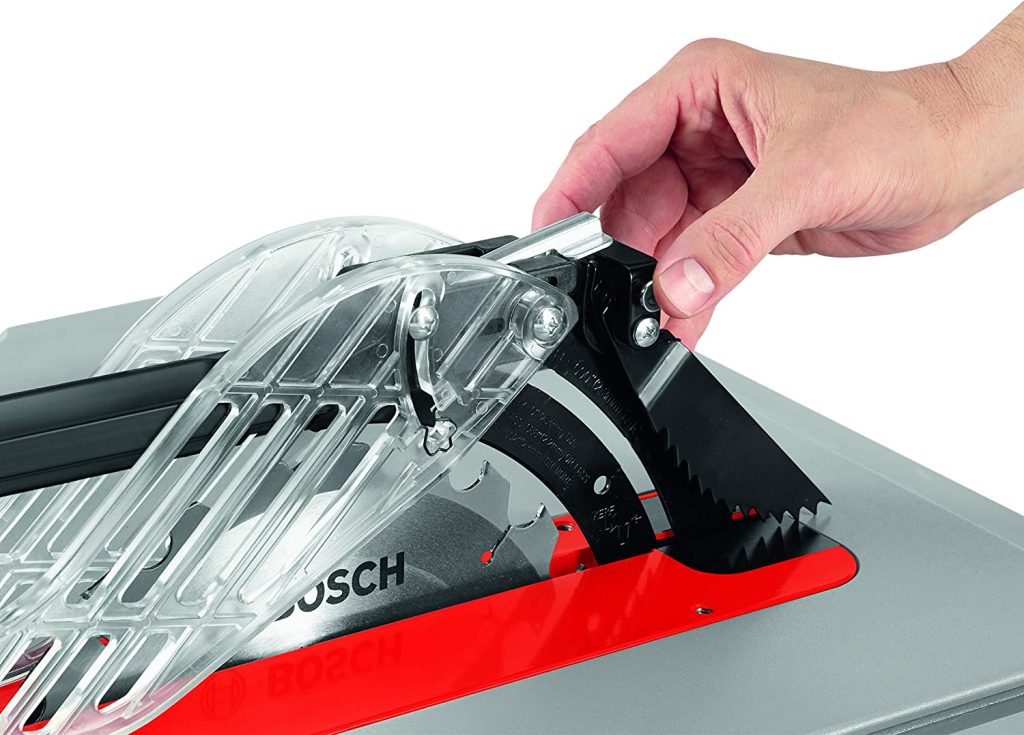 Overall the build quality of this saw is very good. There is a good amount of both metal and plastic used in the construction of this saw. It feels very heavy and solid and like it will hold up to some abuse. The cutting table is flat and there’s very little complaints about the quality of the surface.

There are a few weak points in the build quality. Some people who own this saw are unhappy with the use of plastic around in various smaller parts. The handle on the part used to adjust the height of the blade is plastic, and people have had issues with it breaking, for example.

Also, it looks like the latest version of the gravity rise stand is using thinner piping than previous versions. People that have noticed this have said the stand tends to wear out with heavy use a little more quickly. 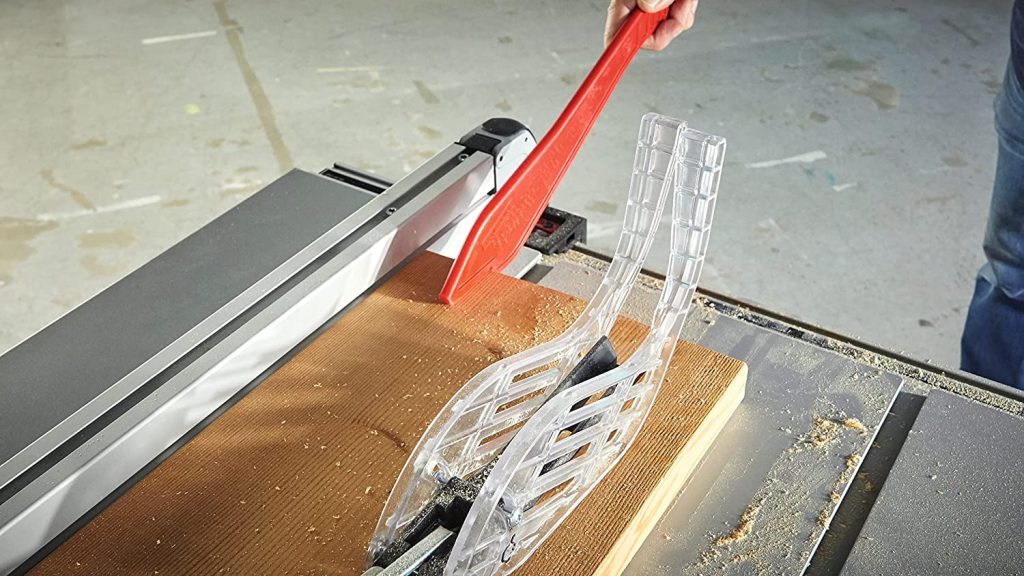 This saw is pretty heavy overall but it can be moved around by a single person once it’s fully assembled and on it’s stand. If you are planning on moving it into a truck or a van, or anything that will require lifting it up, it may be easier with two people. It’s a little over 100 lbs fully assembled with the stand. If you can lift that weight, you can load it into a truck fine, but if not it could be a struggle. Just moving it around on the stand and with the wheels is pretty easy and should be manageable for most people by themselves. 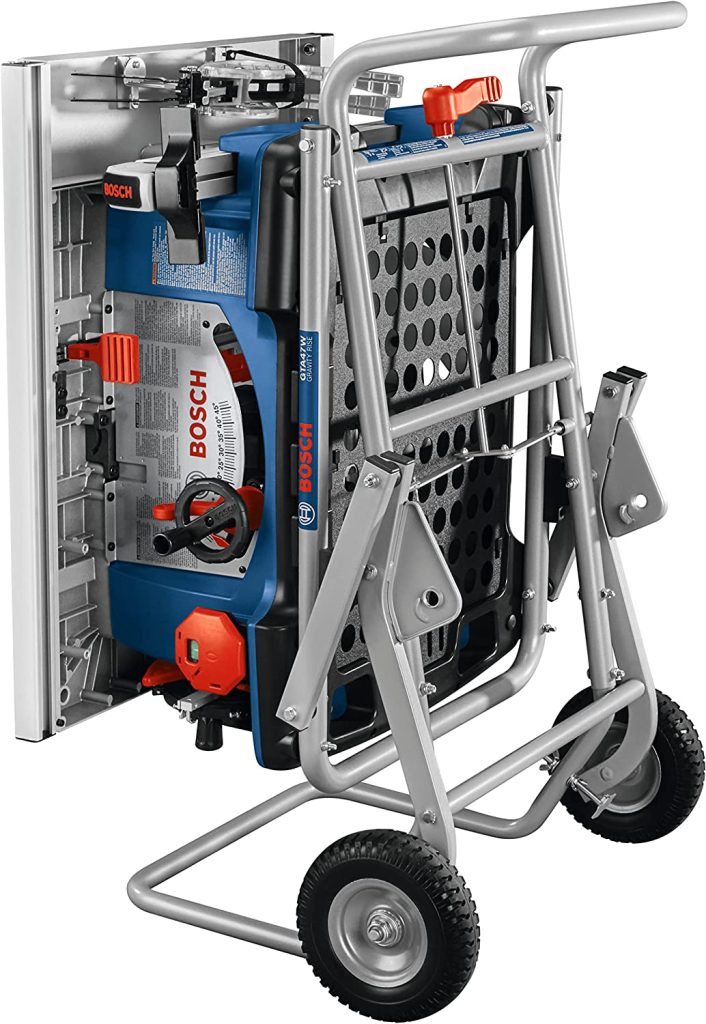 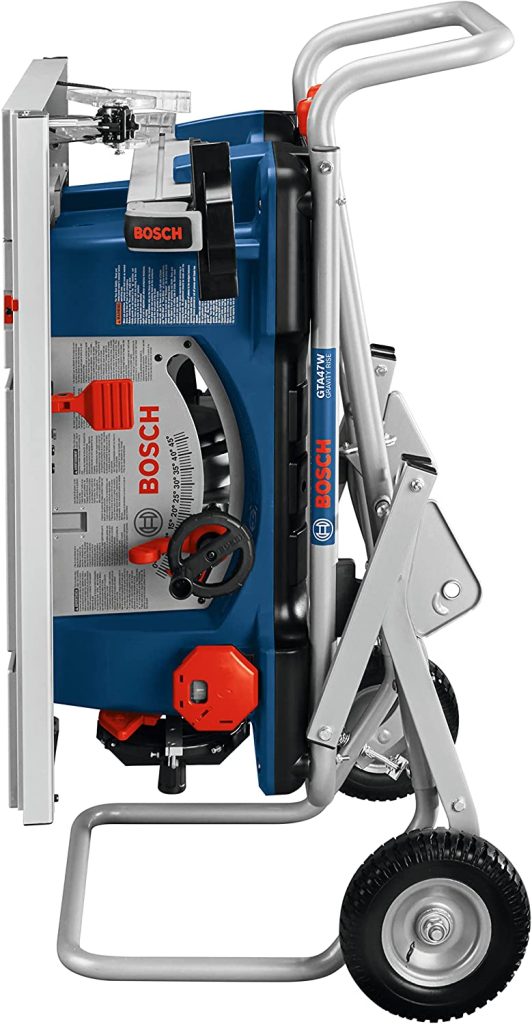 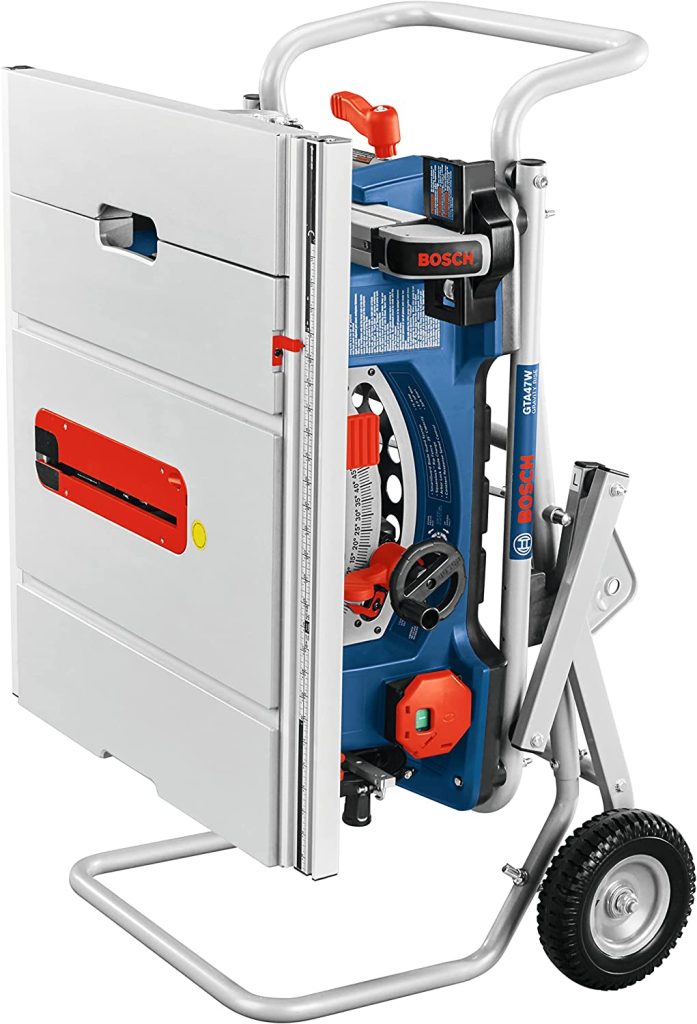 One thing that helps set this saw apart from some others is that it can use a dado stack. This saw has a standard 5/8″ arbor. The part number is TS1007 by Bosch. If you use this insert, you can use 6″ to 8″ dado stacks with this saw.

Surprisingly there’s a lot of useful accessories with this saw, and they all seem to have a specific storage location right on the saw itself. It’s pretty slick.

What’s in the box?

In addition to the saw itself, here’s what is also included:

There’s a lot of mixed feedback from people regarding setup and assembly of this saw. Some people have had luck setting it up quickly and finding things to generally be already squared up well. Others have found assembly to be difficult and confusing.

The instructions for assembling this saw aren’t the greatest and can leave people confused if they aren’t familiar with saw setup in general. Some find the assembly of the stand to be the trickiest part.

There’s more to put together than some might expect, so be ready to spend a little bit of time getting it all put together and adjusted correctly.

Weight is another concern. This can be a fairly moveable saw once it’s all setup and ready to go, but getting it to that point might be a little bit easier if you have somebody on hand to help hold or brace things while you put it together.

Bosch offers a standard 1 year warranty that covers defective parts and workmanship out of the box. Most parts will break outside of the warranty period, and support is available to help you purchase replacement parts.

The Bosch 4100XC-10 continues to be a strong contender in the 4100 line of saws. The performance is great and the rip capacity makes it a useful saw for even larger jobs. There’s a few drawbacks such as plastic use in the construction and maybe a step backwards in the gravity rise stand. But overall this is a solid, heavy yet portable table saw that will get the job done at home and even on the job site. 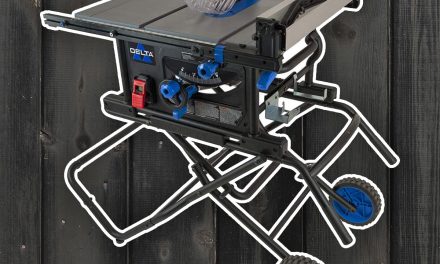 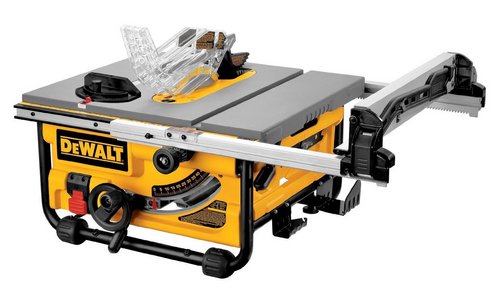 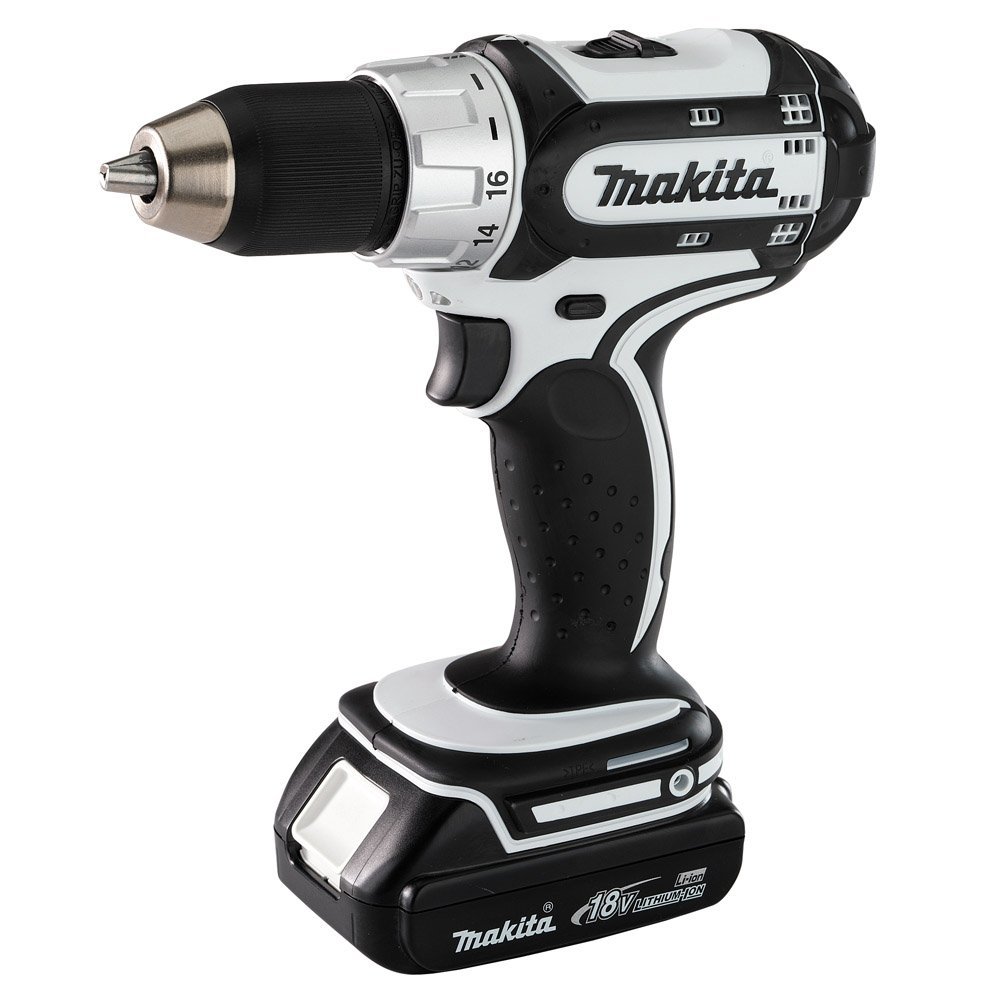 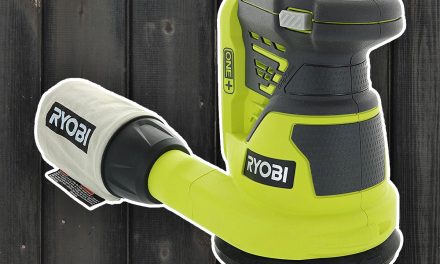